Texas Mutual had been reimbursing Phoenix-based PHI Air Medical LLC, an emergency air ambulance service provider, for workers compensation air ambulance services at 125% of Medicare. In 2012, however, PHI and other air ambulance providers began filing fee disputes seeking reimbursement for the full amount of their billed charges for transporting injured workers. The medical transport companies argued that the federal Arline Deregulation Act preempted The Texas Workers Compensation Act’s fee schedule. Notably, a 2017 study by the Government Accountability Office found that the median price for a helicopter air ambulance transport roughly doubled to about $30,000 from about $15,000 over a five-year period, a cost that can be “devastating” to the patients involved.

The Texas Supreme Court’s decision is welcome news for carriers, but not necessarily its conclusion. A related case remains pending in the Fifth Circuit Court of Appeals. In addition, though the Court has remanded this case back to the Austin Court of Appeals for further consideration, since the dispute involves a federal question, we anticipate a direct appeal to the U.S. Supreme Court. Finally, the Court’s decision has left a number of complicated issues open which will demand further review. And, assuming that the Division remains the arbiter of these disputes, workers’ compensation carriers are potentially looking at the individual, case-by-case review of every pending air ambulance dispute of which there are many.

This continues to be an issue to watch. 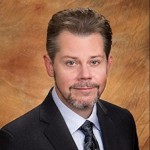