Punctuation Station: The Saga of the Oxford Comma “For want of a comma, we have this case.”

The case in which a missing comma led to multi-million dollar litigation is O’Connor v. Oakhurst Dairy. 851 F.3d 69 (1st Cir. 2017). In this case, delivery drivers for a Maine dairy company, Oakhurst, claimed that Oakhurst violated the Fair Labor Standards Act when it did not pay them for overtime hours that they had worked as delivery drivers. Maine had a statute that provided that certain functions performed by employees were not subject to the overtime rules, namely, “[t]he canning, processing, preserving, freezing, drying, marketing, storing, packing for shipment or distribution of: (1) [a]gricultural produce; (2) [m]eat and fish products; and (3) [p]erishable foods.” Me. Rev. Stat. tit. 26, § 664 (2017). (Emphasis added.)

The rubber hit the road, so to speak, with the lack of a comma in the phrase “packing for shipment or distribution of.” The drivers argued that that phrase meant that distribution in and of itself was not excluded from the overtime rules; rather, they argued, the act of packing for distribution was excluded. This interpretation of the statute would entitle the drivers to overtime pay for every hour that they distributed over forty. Oakhurst argued that the Maine Legislature intended to exclude the act of distributing itself from the overtime rules, meaning that the drivers were not entitled to overtime pay.

After engaging in a comprehensive analysis utilizing the rules of statutory construction, linguistic conventions, grammatical rules, and legislative history, the court sided with the delivery drivers. The court did not side with the drivers because they found their reading of the statute wholly correct, however; it did so because “[t]he default rule of construction under Maine law for ambiguous provisions in the state’s wage and hour laws is that they ‘should be liberally construed to further the beneficent purposes for which they are enacted.’” O’Connor, 851 F.3d at 79. Therefore, because the court was unsure of the exact meaning of the statute, the drivers won.

As many insurers know, insurance disputes often turn on policy language. In order to guard against arguments about an ambiguity in policy language, it benefits insurers to have policies with concise, clear provisions. Many writing authorities advise using the Oxford comma for clarity; some argue, however, that clarity can be achieved by word order and choice. Most if not all acknowledge that use of the Oxford comma is ultimately a stylistic decision. Yet, as the O’Connor case highlights, whether or not to use a seemingly minor piece of punctuation can be a multi-million-dollar decision. Therefore, each insurer should consult with an experienced policy drafter and its attorneys when finalizing policy language.

Finally, for those of you who are curious, the Maine Legislature amended the statute to read as follows: “The canning; processing; preserving; freezing; drying; marketing; storing; packing for shipment; or distributing of: (1) Agricultural produce; (2) Meat and fish products; and (3) Perishable foods.” This made clear its intent that delivery drivers of these items are not entitled to overtime for their distributing services, hopefully avoiding such expensive litigation over that question in the future. 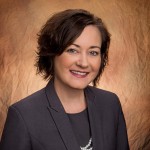