Doctor, my eyes have seen a really inflated medical bill! The Texas Supreme Court has long struggled with the issue of inflated medical bills. In 2018, the Court held that the negotiated rates a medical provider charged to patients’ private insurers and public-entity payors were relevant and discoverable on the issue of the reasonableness of the “full” rates the provider charged to an uninsured patient for the same services. In re N. Cypress Med. Ctr. Operating Co., 559 S.W.3d 128, 129 (Tex. 2018) (orig. proceeding).

In In re K&L Auto Crushers, LLC, 627 S.W.3d. 239 (Tex. 2021), the Court expanded that holding to the personal injury arena. Plaintiff and Defendant were both legally making a right turn in two adjacent turn lanes when Defendant’s tractor trailer impacted Plaintiff’s car, scraping down the side of it. The parties exchanged information and left the scene of the accident unassisted. Plaintiff later went to the doctor and had two surgeries, one on his cervical spine and one on his shoulder, performed under a Letter of Protection (LOP), pursuant to which Plaintiff’s attorney promised to “attempt” to pay the providers “only for any reasonable and necessary medical charges.” The LOP did not legally obligate the Plaintiff to pay the full amount the providers charged if the amount is unreasonable. Id. at 250. Plaintiff sued Defendant, claiming $1.2 million in damages.

In order to dispute the reasonability of Plaintiff’s medical bills, Defendant subpoenaed Plaintiff’s medical providers seeking their chargemasters, the cost of the devices and equipment provided to the plaintiff, and rates charged to insurance companies for the services and equipment Plaintiff received. Defendant’s subpoenas were quashed and the Dallas Court of Appeals denied mandamus. The Supreme Court conditionally granted Defendant’s petition for mandamus.

In reviewing the decision of the trial court, the Texas Supreme Court emphasized that in addition to the limitation to those medical expenses that are actually “paid or incurred,” tortfeasors are generally liable for only those expenses that are reasonable and necessary and proof of amount charged “does not itself constitute evidence of reasonableness.” Id. at 249. The Court held that the chargemasters, equipment costs, and insurance contracts, while not dispositive, were relevant to determining the reasonable price of the medical care Plaintiff received, particularly because amounts charged under LOPs are increasingly arbitrary and uncollected. The Court warns that such requests should be limited in scope (i.e., a request for all documents or all communications are likely not within the bounds of discovery).

Practice Tip: This case certainly expands the scope of discovery regarding medical damages. Your subpoena or discovery request must be sufficiently tailored to the time period, devices, and services, rendered to the plaintiff in your case. 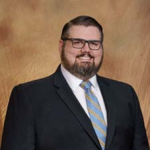