Appraisal Payments: Don’t be late for this very important date. A recent opinion out of the Western District of Texas, Kezar v. State Farm Lloyds, 1:17-CV-389-RP, 2018 WL 2271380, at *1 (W.D. Tex. May 17, 2018), adds further support for post-appraisal summary judgments on extra-contractual claims, but also suggests a strict analysis of whether or not appraisal payments are timely.

The Western District first addressed whether State Farm’s payment of the appraisal award was timely by analyzing the loss payment provision of the policy which read in relevant part:

The Court held that the loss payment provision was unambiguous as a matter of law, but did not apply to defeat State Farm’s summary judgment motion. Although the time between the appraisal award and State Farm’s payment was approximately 20 days, the Court agreed that State Farm had given first notice of its intent to pay the award simultaneously with delivery of its payment. As a result, State Farm’s payment was timely as a matter of law, and the Kezar plaintiffs were estopped by the appraisal award from maintaining their breach of contract claim. With the exception of the fraud claims (which the Court required the plaintiffs to replead under the federal pleading standards for fraud claims), the Court granted State Farm summary judgment on the plaintiffs’ remaining extra-contractual claims.

The Kezar opinion provides good support for insurance carriers defending suits post-appraisal. Reaffirming the Texas Supreme Court’s April 2018 opinion in Menchaca, the Western District required the Kezars to establish independent injury for their extra-contractual claims in the absence of a viable breach of contract claim. The Kezars had alleged three potential sources of independent injury: (1) State Farm’s original adjustment of the claim was less than the appraisal award it ultimately paid; (2) State Farm appointed its appraiser late; and (3) State Farm’s appraiser took seven months to submit his estimate. The Western District found none of these to be sufficiently independent of the insurance claim and extreme to constitute independent injury.

However, carriers should also be wary of the Western District’s consideration of the timeliness of State Farm’s appraisal payment. The court did not discuss the 60-day payment deadline provided by Section 542.058 of the Texas Insurance Code and cited in other opinions such as Nat’l Sec. Fire & Cas. Co. v. Hurst, 523 S.W.3d 840, 847 (Tex. App.—Houston [14th Dist.] 2017, pet. filed), reh’g denied (July 25, 2017). The Houston Court of Appeals in Zhu v. First Cmty. Ins. Co., 543 S.W.3d 428, 437 (Tex. App.—Houston [14th Dist.] 2018, pet. filed) recently applied the same provision, but noted that no provision of the policy required payment sooner than the 60-day window. Therefore, insurance carriers wishing to bolster their post-appraisal summary judgment motions should review their loss payment provisions and ensure that any contractual requirement on appraisal award payments is followed 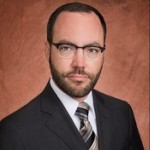