A Judicially Created Catch 22? The Settlement Without Consent Clause The uninsured/underinsured (UM/UIM)  coverage portion of Texas automobile insurance policies contains a “settlement without consent” provision which requires an insurer to obtain the consent of its insured before settling any claim. This condition exists to protect the interests of insurance carriers in recovering from a responsible party money paid to the insured in connection with an accident. Recently, in Davis v. State Farm Lloyds, Inc., 2019 WL 5884405 (Tex. App.—Dallas Nov. 12, 2019, no pet. h.), the Fifth Court of Appeals held that an insurer seeking to enforce the provision has the burden to prove that it was prejudiced by an insured’s breach of the consent-to-settle clause. This prejudice requirement, which has been before the Texas Supreme Court in the past, arguably undermines the purpose of a consent to settle exclusion. Compare, Hernandez v. Gulf Group Lloyds, 875 S.W. 2d 691, 692 (Tex. 1994) (holding “an insurer may escape liability on the basis of a settlement-without-consent exclusion only when the insurer is actually prejudiced by the insured’s settlement with the tortfeasor.”) with Guaranty Cty. Mut. Ins. Co. v. Kline, 845 S.W.2d 810 (Tex. 1992) (finding that Texas courts have uniformly upheld the validity of settlement consent exclusions in insurance policies.).

The Davis court  went a step further and added that, if an insurer is claiming a loss of subrogation rights, the insurer has the obligation to prove that the tortfeasor had assets available to satisfy the subrogation right. In Davis, the insured settled with the tortfeasor three years after the accident occurred but failed to secure consent from State Farm despite multiple notices from State Farm of the settlement-without-consent condition of the policy. Davis, 2019 WL 5884405, at *1. Based on the insured’s failure to obtain consent, State Farm filed a motion for summary judgment, which was granted by the trial court. Id. On appeal, the judgment was reversed and the case remanded. Id. at *5.  The Court of Appeals concluded that State Farm failed to provide evidence that the tortfeasor had assets available to satisfy a subrogation judgment; therefore, it failed to conclusively prove that it was prejudiced by the insured’s settlement without consent. Id. at *4.

State Farm argued that the insured’s delay in notifying it of the settlement made it significantly difficult to locate the tortfeasor and to establish his financial status at the time of the accident (which was four years prior). Id. The Court rejected the notion that State Farm was prejudiced by the inability to conduct a thorough investigation into the tortfeasor’s assets. Id. However, in order to determine whether a valuable subrogation right exists, an insurer needs the opportunity to investigate whether the tortfeasor has assets other than the automobile policy and whether the tortfeasor’s financial situation is projected to change in the foreseeable future. The insurer’s investigation yields the very evidence the Court requires to prove that the insurer was prejudiced by the insured’s settlement without consent. Therefore, the Court’s decision poses an undeniable Catch-22 for insurance carriers. Justice Enoch recognized the paradoxical situation in his Hernandez dissent, asking “how will the insurance company prove prejudice . . . without the aid of civil process to assist in discovering the tortfeasor’s assets?” Hernandez, 875 S.W.2d at 695 (Tex. 1994). The Davis opinion refutes this argument stating that Hernandez did not recognize difficulty in proving the loss of a subrogation right as sufficient prejudice to make a consent-to-settlement breach material. Davis, 2019 WL 5884405, at *4. However, Hernandez did not recognize difficulty because it was not an issue in that case. In Hernandez, the parties stipulated that the tortfeasor had no assets and the insurer had not incurred any financial loss from the insured’s settlement with the tortfeasor. Hernandez, 875 S.W.2d at 693. In Davis, no such stipulation existed.

In the name of public policy, the decision in Davis highlights yet another requirement to a settlement consent provision that imports additional standards to an insurance policy. 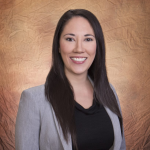